Mark Paquette didn’t win the first Shootout last year, but he did have the quickest bike—nearly the sport’s first 6.60 something pass with a 6.70. After parking the bike for a full year, Paquette was right back in the Georgia groove, qualifying number one this year and running another 6.70 to advance out of the first round. 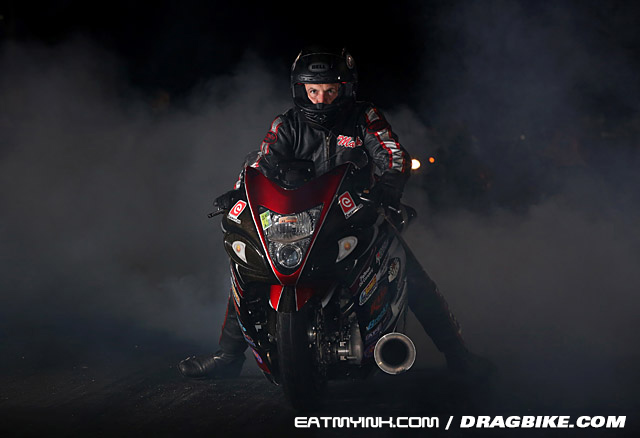 After a round 2 bye, Paquette put a .000 light on Justin Shakir in round 3 and was beaming with confidence entering the semis. But that’s where it fell apart for Paquette and his teammate Bud Yoder. Yoder had a healthy staring line advantage over DME’s Jeremy Teasley, but number two qualifier Teasley’s DME power kicked in when he needed it and drove him around Yoder.

In the other semi, Paquette’s series of smooth passes came to an end and he lost to the man who did run the sport’s first 6.60something— Rodney Williford. 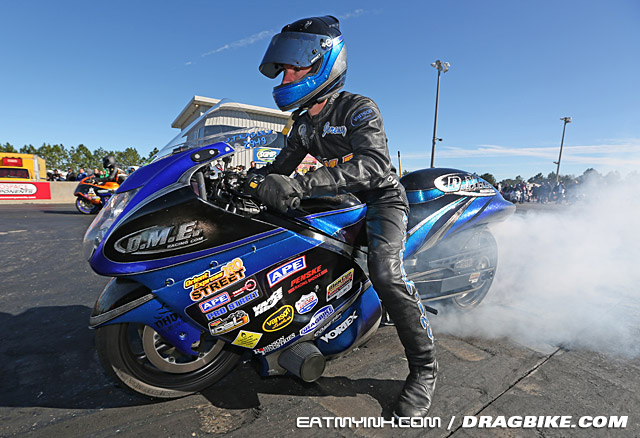 Williford has been the performance leader at Pro Street races around the country all year, and he entered the Shootout final round between 700 horsepower, street legal, turbocharged Suzuki Hayabusas with lane choice against Teasley. It was a great race, with Williford taking the tree by .014 and running 6.73 at 221.85 mph against Teasley’s 6.76 at 216.

Rodney capped off his dream season with the $3000 Man Cup race win and the $1000 bonus that goes with it, netting him a cool $14,000 for four days of racing. “It was an awesome event and I am just happy to be able to compete and run these crazy times and speeds we are running now,” said Williford. “I see the competition closing in so we have to try to find that next step in performance.” 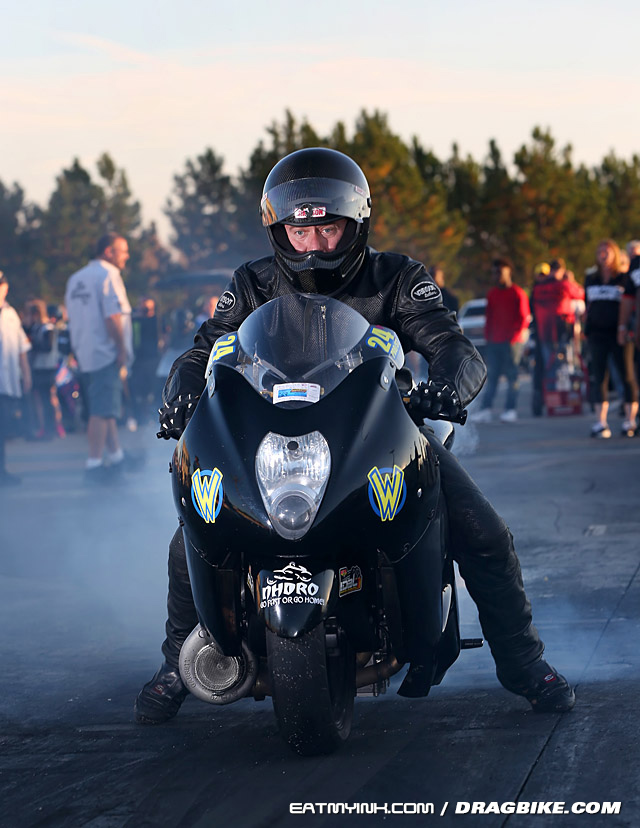 Williford attributed his 2016 dominance to hard work and good choices. “We tested every chance we got in the offseason and found out would and would not work, so we just stayed focused on what did work with the chassis, clutch, and power management. We tried to stay in the window of what we knew worked and it kept us more consistent this year.

“Huge thanks to DME, the Dunigans and the Connellys for supporting our class the way they do and giving Pro Street racers some really exciting events to look forward to. As always I have to thank my wife Amber, Papa Jimmie and my whole race family and team who always pull together and make racing fun!” 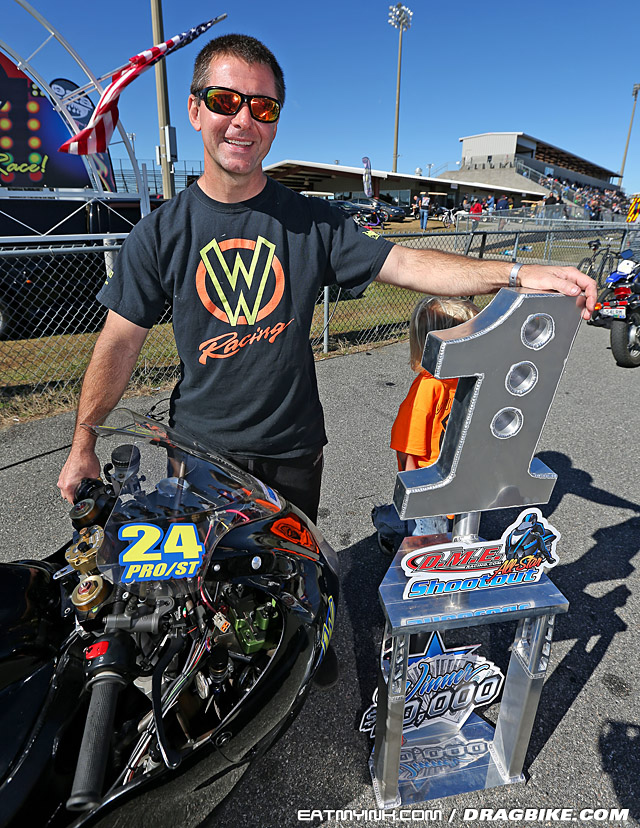 Teasley was still excited despite the defeat. “What an awesome five days of racing,” said Jeremy. “It was a great shootout with 32 competitive Pro Street bikes at one race. Our bike was running great all weekend and gave Rodney a hell of a race but just came up a little short. I can’t thank the DME team enough for keeping it running fast for all five days of testing and racing.”

The Shootout also featured some of Europe’s best Super Street Bikes, invited to run under their own rules for the first time ever. Denmark’s Mogens Lund, Sweden’s Björn Friström, and multi-time British champion Steve Venables all packed up and made the trip. “It was absolutely fantastic!” said Venables. “Everyone made me so welcome that I didn’t want the week to end.”

“We were welcomed by everyone we met, and everyone said that they were happy that we made it,” said Lund, who coincidently raced frequent European opponent Venables in the first round of the Shootout. “I still can’t believe that I went there to the homeland of the sport we all love and made 13th in qualifying for the Shootout, only to race Ven, that I could have raced all year at home! What are the odds?

“I would like to thank everyone for making us feel welcome. This has been a dream coming true for me.”

“I was very pleased with the racing,” said sponsor and competitor Jason Dunigan. “It was some of the best racing and qualifying I’ve been a part of. Thanks to all the sponsors and competitors—I had a blast doing it!”

“I’d like to thank everyone for their support of the DME Shootout,” said DME’s Dimey Eddinger. “Thanks to the European competitors and fans, and special thanks to our team members and best friends. We had a great time and look forward to next year being bigger and better!”

As always, the event included a fabulous BBQ buffet and distribution of prizes sponsored by many of the sport’s greatest companies and individuals.

Watch this video of the Shootout dinner and prize giveaway: